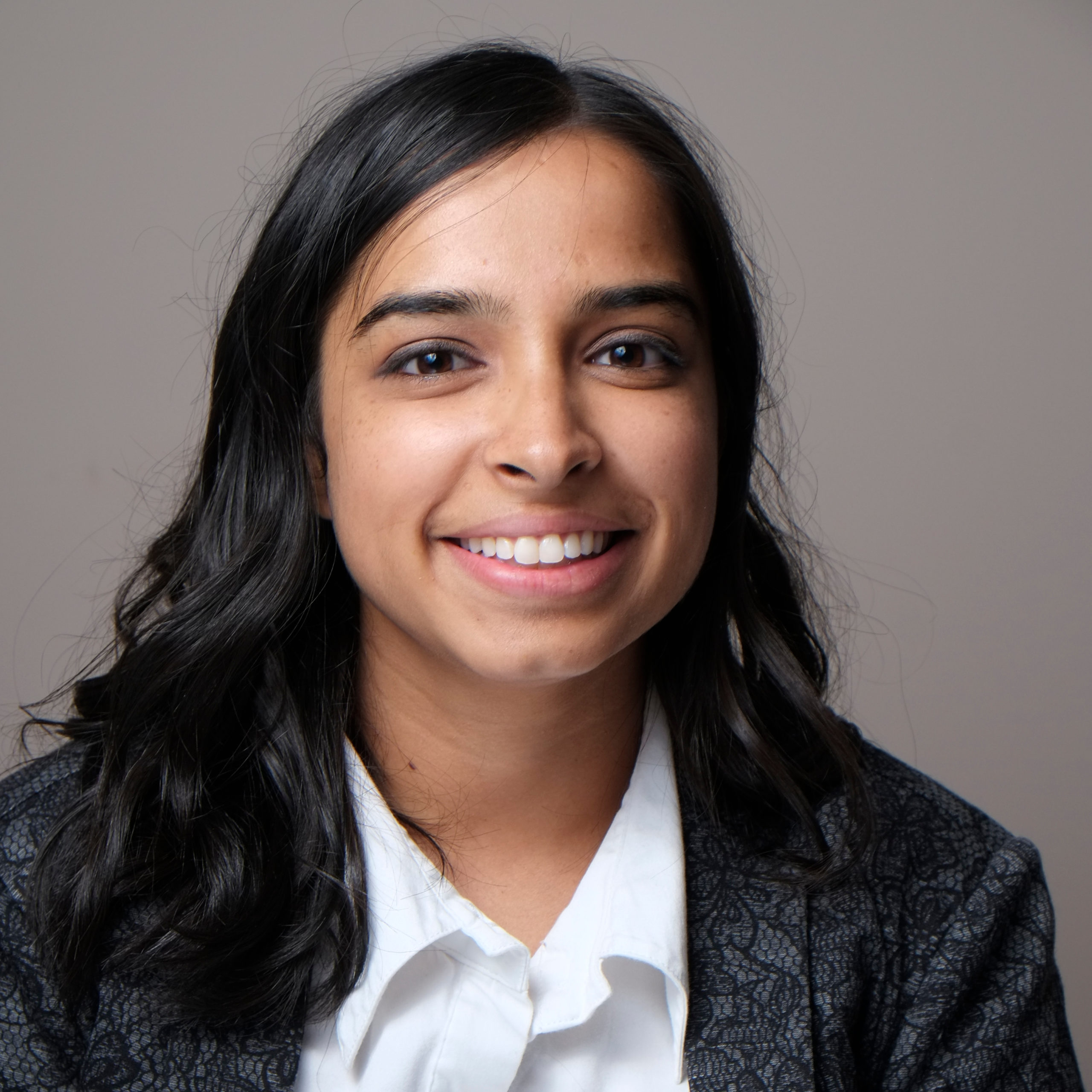 The 2021 Edition of the National Ecological Footprint and Biocapacity Accounts (NFAs) are useful in examining trends in beef exports from Brazil since 2000. From this investigation, it seems the world’s appetite for beef boomed as the Brazilian Amazon was being cleared for activities like agriculture and cattle ranching. According to the Center for International Forestry Research (CIFOR), most of the forest area lost in the Brazilian Amazon between the mid-1990s to the early 2000s was converted into pasture or grazing land. During this time, 80% of the livestock production in Brazil took place in the Amazon.

In 2019, the world was fixated on the Amazon rainforest. Intense wildfires were occurring across this rainforest, highlighting the consequential aspects of climate change and activities like cattle ranching in South America.

“Slash-and-burn” methods are often used to clear forests for cattle ranching. During the dry season, these methods often exacerbate forest fires, leading to further deforestation of the Amazon.

How have these methods contributed to the deforestation of the Amazon? How much of this relates to Brazil’s consumption of beef, or to the rest of the world?

The Accounts revealed Brazil as the world’s top exporter of beef in 2007. Exporting approximately 1.2 million tonnes of beef that year. 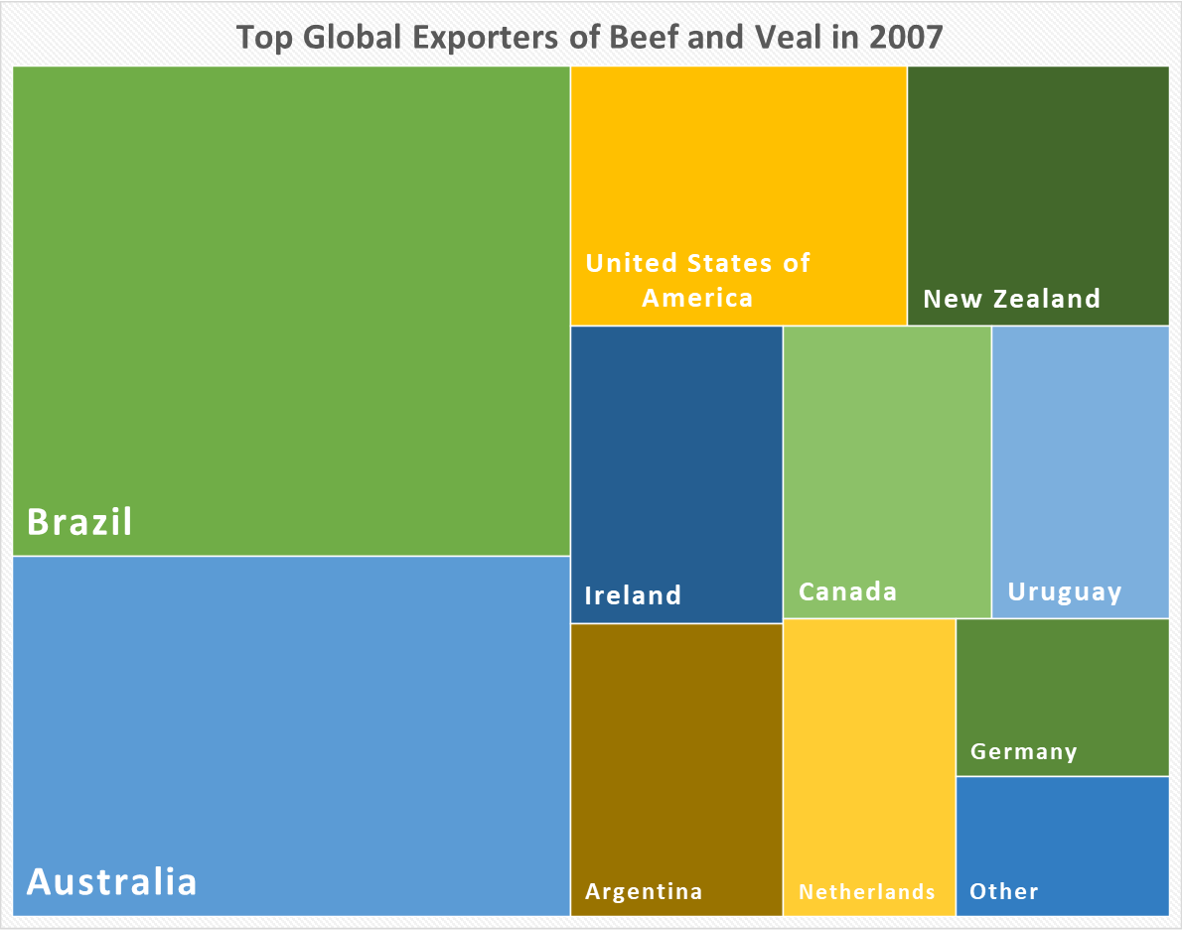 In addition, NFA data showed an abrupt increase in beef exports from Brazil after the new millennium, particularly between 2002 and 2007. Since each kilogram of beef exports required significant amounts of land and resources, this increase coincided with rising ecological footprints embedded in Brazil’s exports of this commodity. 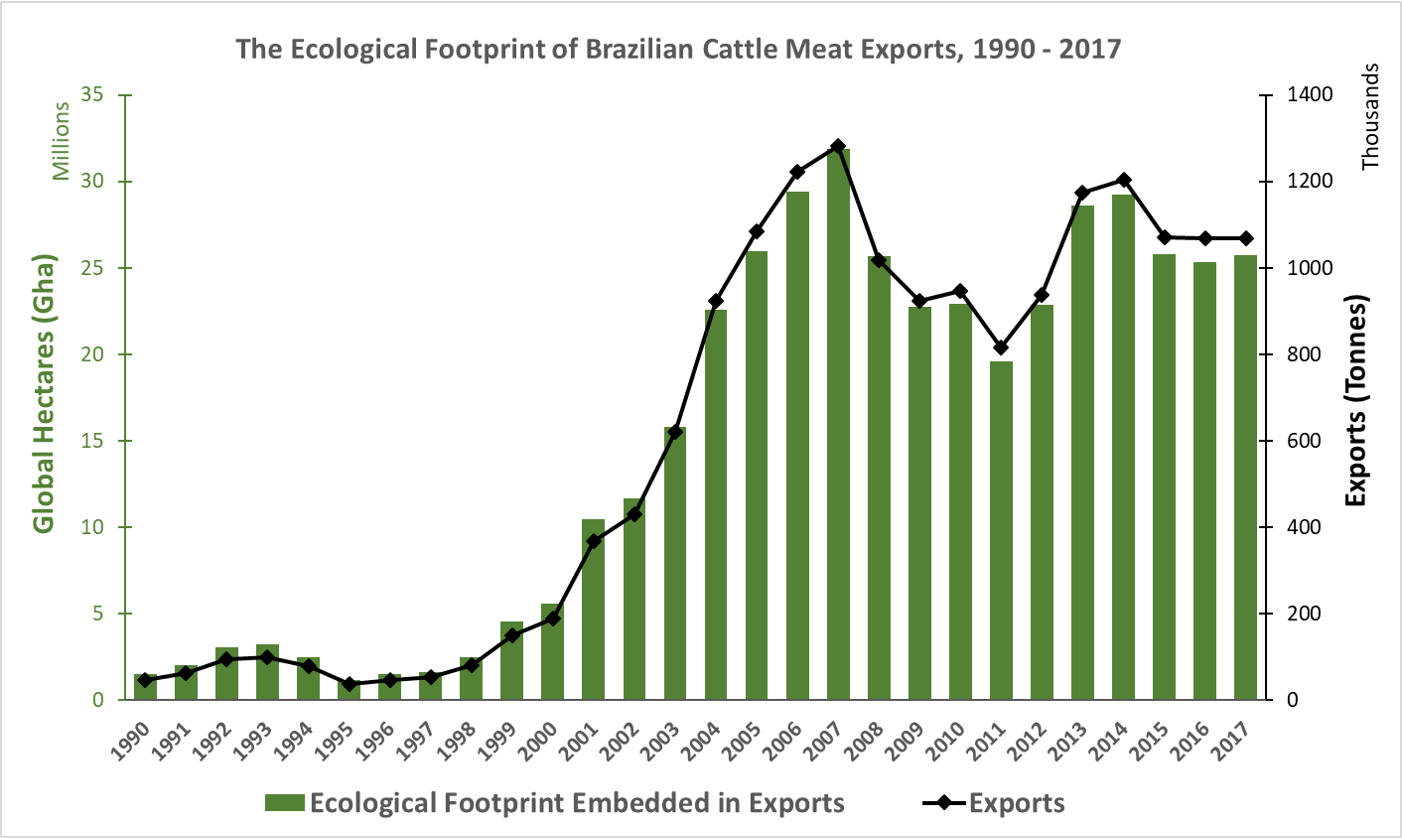 This makes sense since cattle are generally fed crops and/or graze on grasslands. When a country exports beef, they are effectively exporting the cropland and/or grazing land consumed by the exported cattle.

Where in the world did Brazil’s exports go? Which countries were importing Brazilian beef?

Answering these questions requires an investigation of bilateral trade data from the United Nations (UN) COMTRADE database. Unfortunately, that data is not harvested in the Accounts but would help determine which countries imported beef when Brazil’s exports peaked in 2007. This initial investigation demonstrated an increased global demand for Brazilian beef since 2000. Where these demands were coming from, is a question that others can and should pursue.

Interested in answering this question? Use the UN COMTRADE Methodology Guide to understand what bilateral trade data represents and start downloading the data to find some answers!